Soot, Whisky and Ho Hos (A Shenanigans Tale) (#1): Even Santa has a drinking partner!


Lucky for you, it just so happens that the Christmas Jug Band, which issues only one disc a year, is here to supply what Doctor Feelgood prescribes. You may not have been too aware of them in the past, but Dan Hicks is a member, and his Lickettes join in along with Norton Buffalo, Mike Duke, and Country Joe McDonald, all of whom who have been digging this San Fran group for a while now. At a long 73 minutes, you're in for a treat replete with kazoo, washboard, slide whistle, and all the genre paraphernalia.

Along the way, expect lampoons of standards chockablock with a lotta new shtuff. The entire gig is live and would be right at home opening for a Jimmy Buffet tour. As the band numbers a dozen members, there's always a full sound and plenty of barrelhouse, boogie, and N'awleans sassafrassin' lifting the likker jar right beside jug gernaut numbers.

A lil' perky SF soul makes its way into Oh, Saint Nick and a few other cuts, and one of the liner snaps has the crew looking like a cross between a fire brigade and Devo!! Not odd enough for ya? Can't have Xmas without that! How many ways can Rudolph win over his friends, or the Three Wise Men come to town bearing gifts? Sometimes, Christmas albums need to be a little different. Enter this disc, recorded live in Northern California, that just might be one of the more eclectic albums of the season ever released. Featuring some kazoo yes, you're reading this right work from Commander Cody's Tim Eschliman, it will definitely get your toe tapping.

Another highlight of the album is the groovin' "Carolin," which adds to the party scene on the album with some fun vocals from Eschliman. I mean chimney! Opening up with the holiday classic "Shoot Em in the Pants" and going from there with kazoos a flyin', the bay area bunch certainly give the holidays a different spin. Unyielding fun stuff that's getting my holiday season off to an appropriate and zany start. Check it out and see if this isn't the left of center holiday release you've been looking for. George W. Harris, jazzweekly.

Some celebrate Christ's birth, other's give tribute to St. The songs were recorded between 06 and 08, mixing peppy instrumentals with sardonic seasonal greetings. Songs like Oh, St. Nick" and "High Stack O' Presents" aren't going to make you break into "O Holy Night" or look for something under the tree, but they'll sure make the office Christmas Party go a lot easier.

As fun as being tied under the mistletoe. Rudolph, mistletunes. As an antidote, they also bring us "Xmas Anonymous. Offering what they're pleased to call "seasonal skiffle-swing and jugabilly-infused revelry," the 16 songs here nine of them originals definitely live up to that billing. The 12 musicians are featured in a variety of formats and on various instruments e.

Gerry Grzyb, Dr. Many of the songs are originals, and all are crazy fun, so if you prefer washboard and kazoo to handbell and pipe organ, here's your CD. Irreverence and merriment--it's what they do. Ear Bud, East Bay Express, Kirsty Evans Full of witty renditions of holiday-themed tunes, this album will get anyone into the true spirit of the season An excellent antidote to seasonal stress. Dig "Santa Lost a Ho" as in "ho ho ho," you nasty kid. And, with the exception of a Salvation Army-esque "Silent Night," if you don't listen to the way funny lyrics, you'd never know this was Christmas music.

So save this one 'til the folks go home, then tear up the rug" Richard Banks, ChristmasReviews. Maybe that's really two questions, and I don't have an answer for either, but if they need a little validation in order to work up the courage to quit their day jobs, I'm here to offer it. 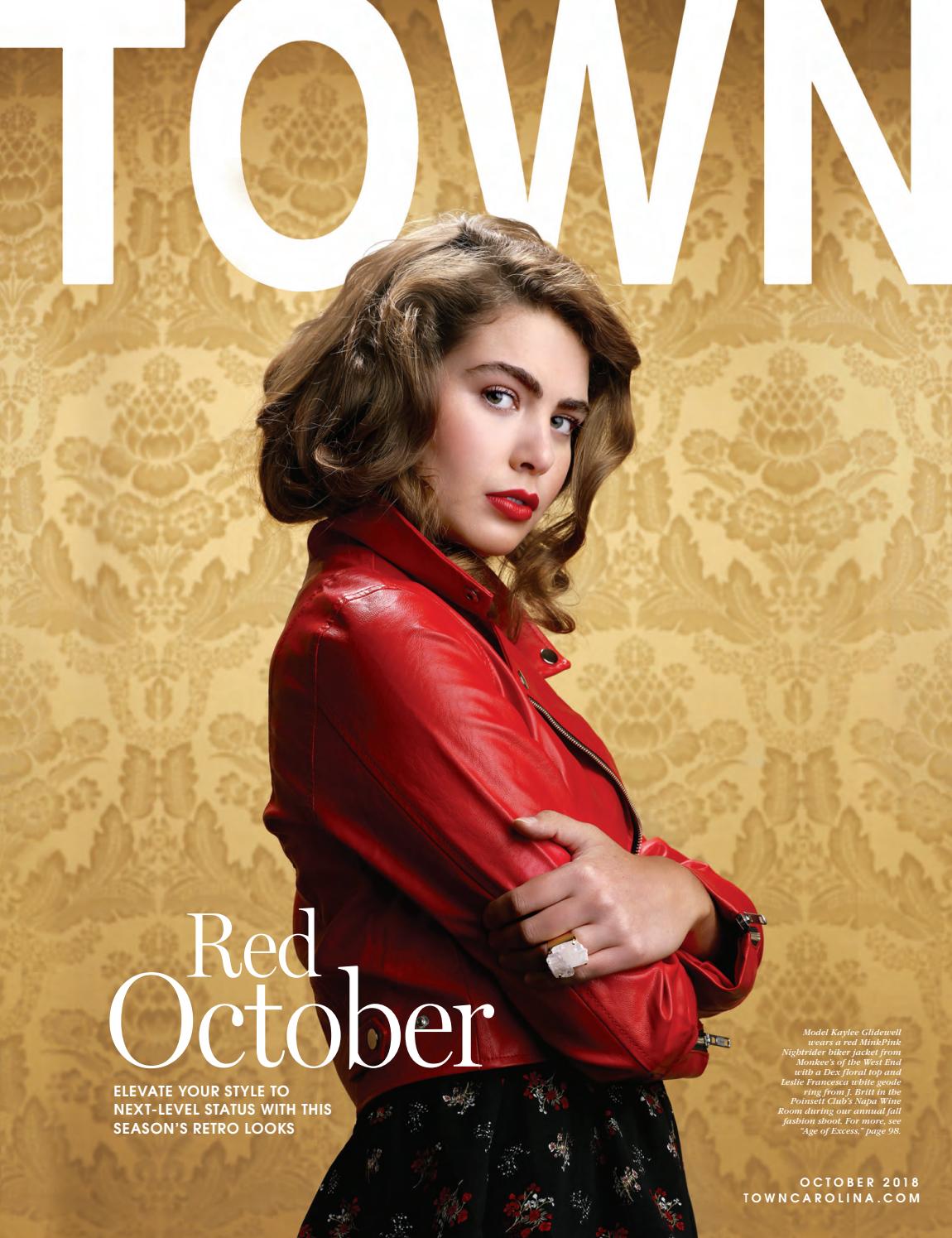 Actually, I've been listening to a couple of these wily veterans since the '70s, Dan Hicks' in particular. What you have here is an assortment of their styles and licks, even better than their last offering, and almost off the scale, listenability-wise. I liked every song on the record, so it is unfair point to any one as being substantially better than the others. But if I mention Angela Strehli and Maria Muldaur's rendition of Boogie Woogie Santa Claus, it would only be because it might positively affect the search engine rankings.

ynuninysinal.tk - the 8chan QResearch Board Search

Besides, I've always liked Ms. Strehli best of all the Austin-based blues singers. Her voice still has that throaty sexiness, and its pairing with the somewhat deeper textured voice of Maria Muldaur is inspired. Santa Lost a Ho is just odd. And even the obligatory Silent Night offers a change of pace. Bottom line: this wide-ranging CD, includes blues, swing, and folk elements in other words, all of the important musical genres , filled with clever new tunes and clever renditions of others, from Dan Hicks and his juggy band of merry misfits.

What more could you ask for, for Christmas? By rights the joke should be wearing pretty thin: It's been 25 years since the group's impromptu origins and 15 since the release of its first seasonal CD. But the band's latest set of cockeyed Christmas jingles might be its best yet. The jug-band atmosphere -- washboards, kazoos, wood blocks and clarinet are just a few of the ornaments -- is as cheery and tipsy as the lyrics. Best of all in this season of overfamiliarity, the songs are mostly originals. In between showcase gigs at watering holes in its own backyard, the band also helps celebrate 'Holidaze in Hicksville' with longtime member Dan Hicks on Saturday at the Fillmore.

Plenty of excuses to hit the Christmas jug. Sunday and 8 p.

Monday at Sweetwater, Throckmorton Ave. David Hinckley, NY Daily News -- Good-natured, old-time irreverence, in music and lyrics, makes this record fun without being strictly a novelty Recording together again in the first time in forever, this bunch of fun by some of the greatest names from 70's blues, rock and pop will blow you away because it's done outside the system with an attitude to match. With a songbag that pulls from many outlaw quandrants like the Marx Bros. Let the good times roll.

Com Guide To Hick Music , Recommended Records -- "A great, groovy, well-produced and really good-natured set of original roots-blues holiday tunes This version has some of the major tracks on it, the audio quality is good, but Caveat Emptor buyer beware this is a Chinese knock-off.

Oh and if you buy the 3 disc version, make sure the cover does not have a green and red logo reading "FX", for this is also a counterfeit. It's far from complete though.

Missing such memorable tracks as "sealed Door", "wings across time" or "At the Bottom of the Night". It doesn't have a single battle theme accept the final boss. Hell this doesn't even have Lucca's theme and she's on the cover! Had I seen a track-list beforehand I wouldn't have bought this.

I blame my self for not being more curious of the number of CD's. Save your selves and your money while you still can! And I don't remember enough of it to give it a indepth review. But it wasn't as bad as people are letting on nor was it as great as people are letting on. If you don't like your killer to be supernatural then don't bother with this.

Its about a guy that comes back from the dead. His whole storyline is kinda silly and there are plot holes all over the place.

The acting wasn't bad at all, and neither were the deaths. In fact it was kinda gory. But that doesn't make a great movie.